If anyone is interested, here is a PDF of my first book, HOW THE DAYS OF LOVE & DIPHTHERIA. Written in 2010 and published in 2011 by Mud Luscious Press.

Nine years or so ago I wrote a novel titled The Alligators of Abraham. It has been in and out of print over the years and is currently out of print, where it will probably remain until the end of time. If anybody who hasn’t is interested in reading it, here is a digital galley from the MLP edition, back in 2012.

Here–finally–are the PDFs of the cover and final text of A Light No More. I encourage interested parties to print, make copies, and pass around this book.

Books (that I read for the first time in 2018, but were not published this year)
1. I Remember Nightfall by Marosa di Giorgio.
2. Believing is Seeing (Observations on the Mysteries of Photography) by Errol Morris.
3. Defiance by Carole Maso.
4. The Book of Beginning and Endings by Jenny Boully.
5. Shirley by Charlotte Bronte
6. Histrionics: Three Plays by Thomas Bernhard.
7. Blue of Noon by Georges Bataille.
8. Selected Poetry and Prose by Stephane Mallarme
9. Sweet Days of Discipline by Fleur Jaeggy
10. SS Proleterka by Fleur Jaeggy
11. Physics and Philosophy: The Revolution in Modern Science by Werner Heisenberg
12. Obedience to Authority by Stanley Milgrim
13. Hangsaman by Shirley Jackson
14. Notebooks: Volume 1: 1998-1999 by Anselm Kiefer
15. Infinite Resignation by Eugene Thacker
16. The Little Town Where Time Stood Still by Bohumil Hrabal
17. Conquest of the Useless by Werner Herzog
18. Drawn and Quartered by E.M. Cioran
19. History and Utopia by E.M. Cioran
20. Aureole by Carole Maso

After I finished THE WOMAN WHO LIVED AMONGST THE CANNIBALS in March, 2014, I didn’t know if I would ever write another book. Yet, I immediately started trying. I wrote every day, as I generally have for much of my adult life, and I settled down to teach myself prose style–more than I ever had before, I made a serious study of great prose writers like Browne, Burton, Rabelais, and others who directly influenced Melville (who was also a constant voice). For two years I accumulated pages, topics, styles, perspectives, voices. Nothing stuck. Each week seemed to lead to something new, and then interest waned and ended. I didn’t mind. I was patient. The process it seemed would justify itself. Eventually this book, A LIGHT NO MORE, emerged. The book wrote itself, even as it devoured itself. It felt different and new, and maybe it is, and maybe it only seems that way. I am proud of this book for many reasons–partly because it feels different, and partly because it’s here, when I didn’t know if it ever would be. It was born out of sorrow and loss, and a pure exhilaration and joy for the act of writing and creation. Right now it feels like the book I’ve always wanted to make but never allowed myself to. You can still preorder the print copy–and I think you’ll find a lot to love in the book–or you can download a free (coverless, but mostly ready for the printer) PDF of A LIGHT NO MORE. 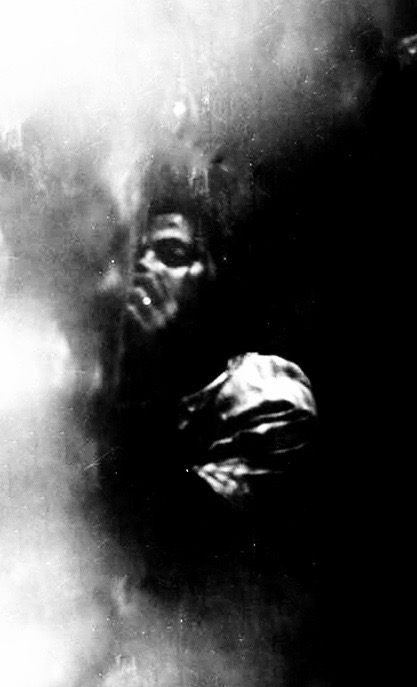 I’ll no longer be charging $ for the PDF version of THE WOMAN WHO LIVED AMONGST THE CANNIBALS. You can find it and download it here and please, if you like the book, share this information with anyone you think would be interested: Woman Who Lived amongst the Cannibals eBook

My new book, A LIGHT NO MORE, will only be sold in hardcopy and is available for preorder until September 1st at robertkloss.bigcartel.com.

I hate ranking works of art. I had judging works of art, criticizing. Yet I love year end lists, particularly those that push me toward works I otherwise would not have discovered. So please take these lists in that spirit. I have not ranked any of these works, and the number of works included within each list is purely arbitrary. If an album felt like it belonged a list, I did not exclude it, no matter how many other works were already on the list.

30 Favorite Books I read for the first time this year
The Studio of Giacometti by Jean Genet
Fish in Exile by Vi Khi Nao
AVA by Carole Maso
Hackers by Aase Berg
Nova Express by William S. Burrough
Under the Sign of Saturn by Susan Sontag
Which once had been a meadow by Ann Jaderlund
Haunted Weather: Music, Silence and Memory by David Toop
The Planetarium by Nathalie Sarraute
Just Kids by Patti Smith
The Poetics of Reverie by Gaston Bachelard
The Passion According to G.H. by Clarice Lispector
Gathering Evidence: A Memoir by Thomas Bernhard
The Letters of Vincent van Gogh by Vincent van Gogh
How It Is by Samuel Beckett
Diane Arbus: Portrait of a Photographer by Arthur Lubow
Hour of the Wolf by M Kitchell
The Raw and the Cooked by Claire Hero (manuscript)
Collected Poems by Georges Bataille
Martereau by Nathalie Sarraute
Possession, Dominion by Katy Mongeau (manuscript)
Illuminations by Arthur Rimbaud
The Red Barn by Nat Baldwin
Third-Millennium Heart by Ursula Andkjaer Olsen
Empire of the Senseless by Kathy Acker
In the Deep by Pierre Guyotat
The Way of Florida by Russell Persson
Les Chants de Maldoror by Comte de Lautreamont
Kafka by Deleuze and Guattari
Eden, Eden, Eden by Pierre Guyotat

Favorite Music of 2017
Bastet by LCC
Laughter by Tiny Vipers
Party by Aldous Harding
Stellula by Rose Elinor Dougall
Fantasii by MHYSA
A Shadow in Time by William Basinski
HUNTER HUNTRESS HAWKER by Laura Cannell
Utopia by Bjork
Love Sick by Talsounds
Reaching for Indigo by Circuit Des Yeux
Ariadna by Kedr Livanskiy
Indelicate Skies by Pinkcourtesyphone
Reflex in Waves by Ross Manning
Contact by Pharmakon
Plunge by Fever Ray
Endless Revisions by Chloé
Masseduction by St Vincent
Three Futures by Torres
Hiss Spun by Chelsea Wolfe
AVANTI by Alessandro Cortini
Aromanticism by Moses Sumney
Okovi by Zola Jesus
The Dirty Projectors by the Dirty Projectors
All My Circles Run by Sarah Davachi
Exile in the Outer Ring by EMA
American Dream by LCD Soundsystem
TFCF by Liars
Anthology Resource Vol 1 by Dean Hurley
Painted Ruins by Grizzly Bear
The Shameless Years by Rafael Anton Irisarri
Lack by Pan Daijing
ADD VIOLENCE by Nine Inch Nails
Latent Whispers by Kite Base
Glare by Roe Enney
Everybody Works by Jay Som
And Right Lines Limit and Close All Bodies by The Inward Circles
Soft Sounds From Another Planet by Japanese Breakfast
Big Fish Theory by Vince Staples
Awkwardly Blissing Out by F Ingers
Like Author, Like Daughter by Midwife
Glitter in my tears by Janek Schaefer
Arca by Arca
It by Alan Vega
Dasein by Richard H. Kirk
Rock N Roll Consciousness by Thurston Moore
Cruel Optimism by Lawrence English
Forget by Xiu Xiu
Damn. by Kendrick Lamar
RTJ3 by Run the Jewels